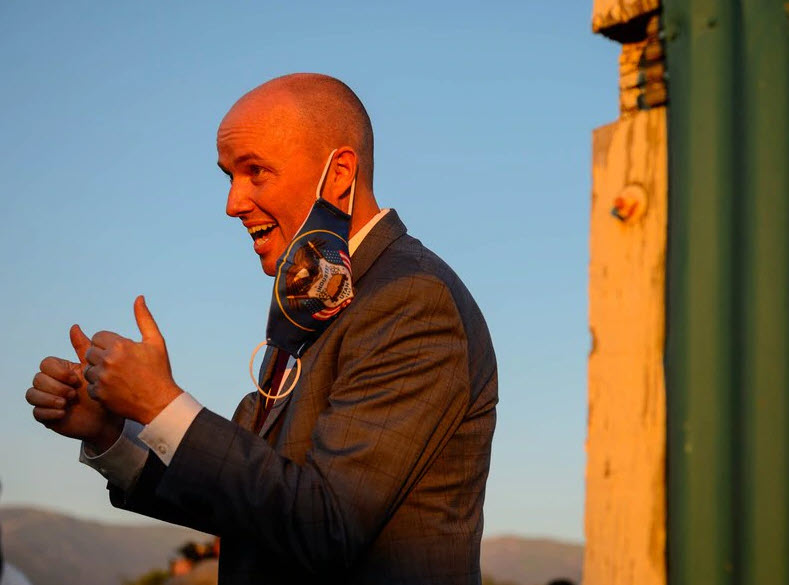 Lt. Gov Spencer Cox, a Fairview farmer with a brand as a compassionate conservative, has bested Jon Huntsman, the former Utah governor who was seeking a third term, in the closely watched Republican primary race for Utah governor.

The Associated Press called the race in Cox’s favor shortly after 4 p.m. Monday.

Cox said in a statement that he and his running mate, Spanish Fork state Sen. Deidre Henderson, were “humbled by the vote of confidence from the people of Utah in selecting us as the Republican nominees for governor and lieutenant governor.”

“As farm kids from Sanpete County, [wife] Abby and I never dreamed of having this opportunity,” he continued. “If elected in November, we will take our rural values of hard work, honesty, and responsibility to the governor’s office each day.”