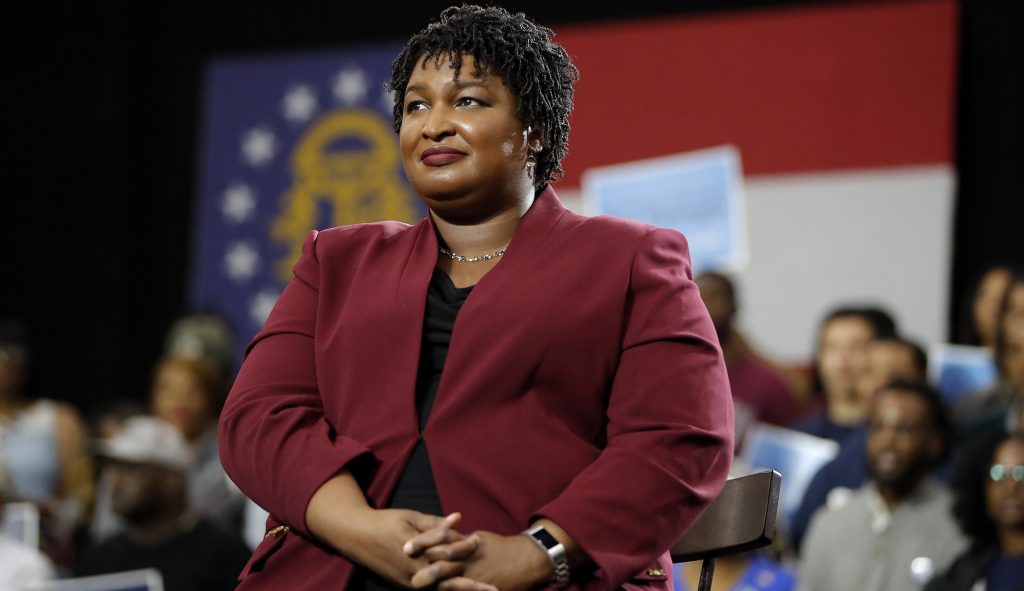 Stacey Abrams, the Democratic governor candidate in Georgia, is down but not out, and has taken legal action as she seeks recount or runoff against Republican candidate Brian Kemp.

Abrams’ campaign and Democratic allies filed a federal lawsuit asking a judge to put on hold vote certifications for an extra day — making the deadline Wednesday instead of Tuesday.

Furthermore, the lawsuit asks that officials be required to count votes that were “arbitrarily and unlawfully” rejected. That could add “at least 1,095 qualified electors who properly submitted absentee ballots in the Nov. 6,” the plaintiffs assert. Officials from Gwinnett County said those ballots were dismissed because of missing or mismatched information, such as a birth year.

The plaintiffs add that they believe there may be more absentee ballots in other counties, pointing to DeKalb County in particular, there were denied due to missing or insufficient oath information.