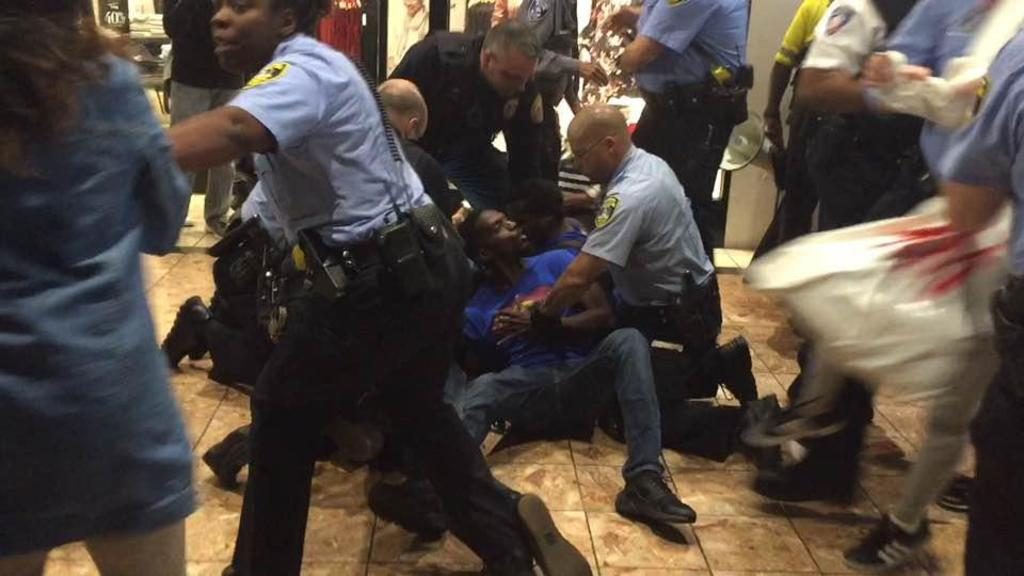 The protests, which were part of an economic boycott, kicked off around 2 p.m. local time at the St. Louis Galleria in Richmond Heights, the St. Louis Post-Dispatch reported.

Protesters marched through the mall, chanting “shut it down” before police announced they would be making arrests around 2:25 p.m.

Franks questioned officers when they moved to arrest a person, and he was thrown to the ground, according to the Post-Dispatch.