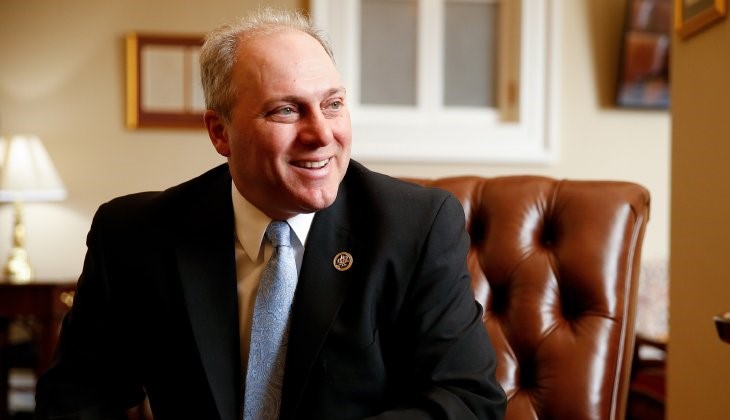 House Majority Whip Steve Scalise, R-La., who was shot while practicing for the Congressional Baseball Game in June, threw the first pitch before the playoff game between the Washington Nationals and Chicago Cubs at Nationals Park Friday night.

The throw from Scalise, who was wearing a Nationals jersey, was caught by Capitol Police officer David Bailey, who helped take down the gunman and was also injured during the incident.

Scalise was shot in the hip when the gunman opened fire on a group of Republicans practicing for the Congressional Baseball Game.

He returned to Congress for the first time last week since the incident after receiving numerous surgeries and a recovery period in which he had to relearn how to walk.