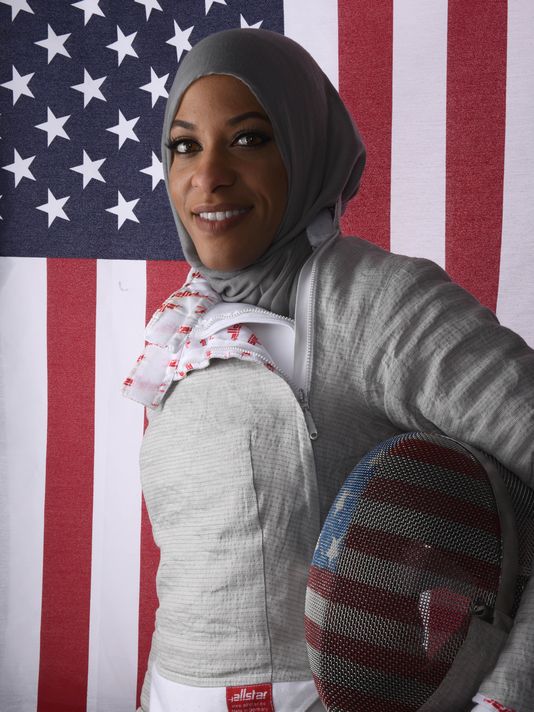 Ibtihaj Muhammad, who is poised to be the first U.S. Olympian to wear a hijab, said she was told to remove her headscarf for a security photo at the South by Southwest festival on Saturday and then was given a credential with an incorrect name.

Muhammad, who wears the hijab for religious purposes and has become a prominent U.S. athlete with sponsors such as Visa and American Airlines, tweeted the incident in disdain as she was forced to remove it.

The incident does not look good for SXSW, which prides itself on being an annual cultural showpiece in Austin, Texas. SXSW said in a public statement: “It is not our policy that a hijab or any religious head covering be removed in order to pick up a SXSW badge. This was one volunteer who made an insensitive request and that person has been removed for the duration of the event. We are embarrassed by this and have apologized to Ibtihaj in person, and sincerely regret this incident.”

Muhammad, 30, is ranked No. 7 in the world and second in the U.S. in saber, according to the USA Fencing website.