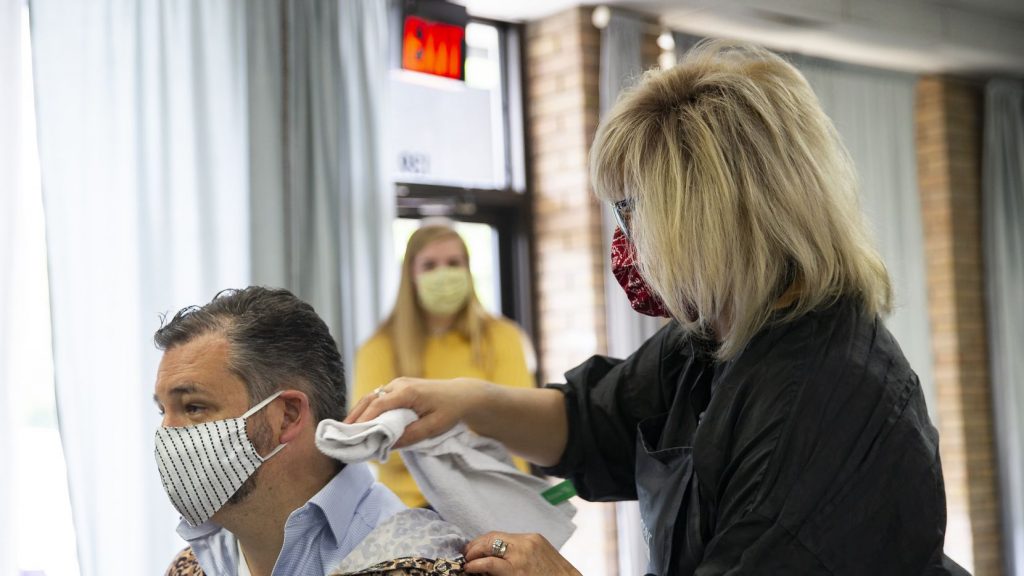 Sen. Ted Cruz flew to Dallas for his first haircut in three months on Friday — at the hair salon whose owner just spent two days in jail for defying emergency restrictions aimed at curbing the spread of COVID-19.

Salon à la Mode owner Shelley Luther became a cause célèbre for Texas conservatives and others by reopening her business in violation of the governor’s orders, then refusing to back down when a local judge tried to enforce the ban.

“What happened to her was wrong. It was ridiculous to see someone sentenced to seven days in jail for cutting hair. That’s not right. That’s not justice, and that’s not Texas,” Cruz said.

“I got on a plane and I flew up from Houston. I needed a haircut anyway. And I figured that there wasn’t a better place I could pick on the face of the planet,” he told reporters afterward, standing outside with Luther nearby, still wearing their masks. “When she spoke up… she was speaking up for 29 million Texans across our state.”