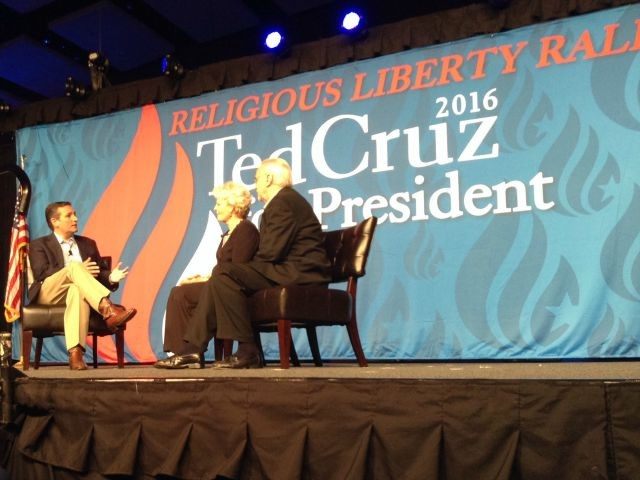 It was a theme he had addressed earlier in the day at the Iowa State Fair, first during his 20 minutes on the Des Moines Register soapbox, and later in an attempted media ambush by actress Ellen Page in which the junior Senator from Texas schooled the actress on the finer points of public debating.

The enthusiastic crowd heard Cruz passionately defend the rights of Christian business owners. He was joined on stage by Dick and Betty Odgaard, owners of a wedding chapel business in Grimes, Iowa that was forced to close due to the legal and financial repercussions of their decision not to make their chapel available for a gay wedding.