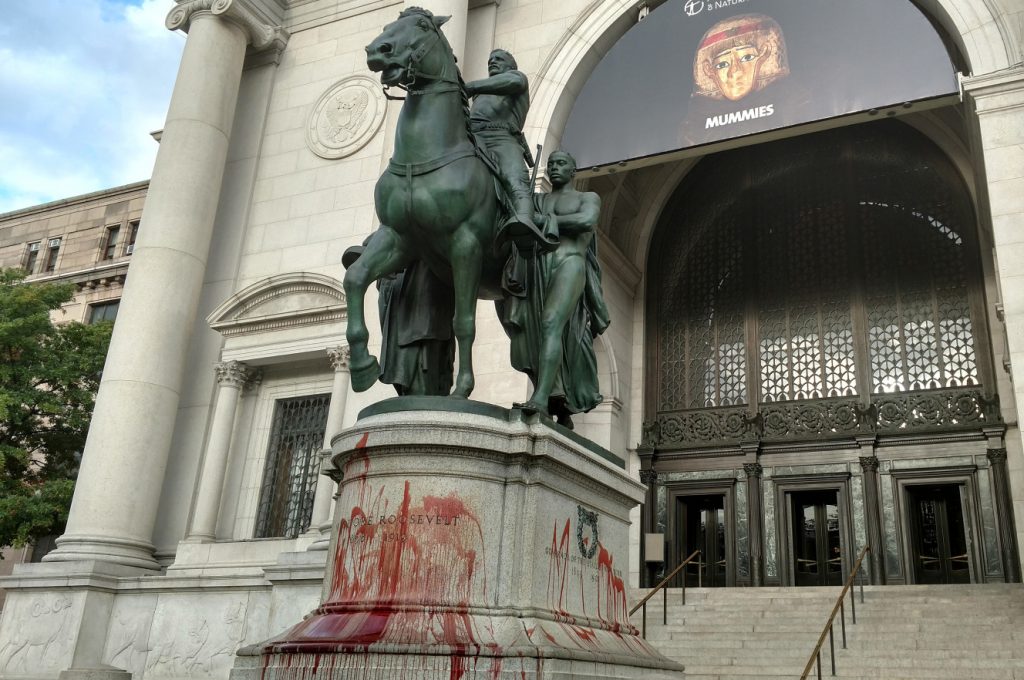 Red paint was splashed at the statue of Theodore Roosevelt on the steps of the American Museum of Natural History early Thursday, according to cops.

Someone was seen around the statue before it was vandalized on Central Park West between 3 and 7 a.m., law enforcement sources said.

Police are checking for surveillance video of the incident and are looking for at least one person who was seen near the statue.

Images on social media show the base of the 10-foot-tall statue covered in red paint, which also streaks on the sides. The equestrian sculpture itself does not appear to be hit.