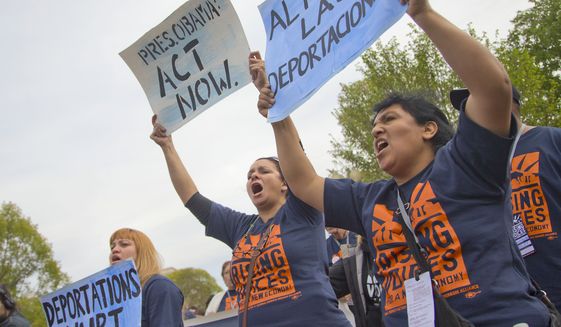 More than 100,000 three-year deportation amnesties issued by Homeland Security should be rescinded and reissued as two-year permits, Texas and 25 other states suing the government told a federal judge Friday, as both sides try to clean up the messy situation surrounding President Obama’s immigration executive actions.

At stake are three-year permits issued to so-called Dreamers beginning last November, when Mr. Obama announced he was expanding his 2012 amnesty, including adding an extra year of protections from deportation to Dreamers who were already eligible for the program.