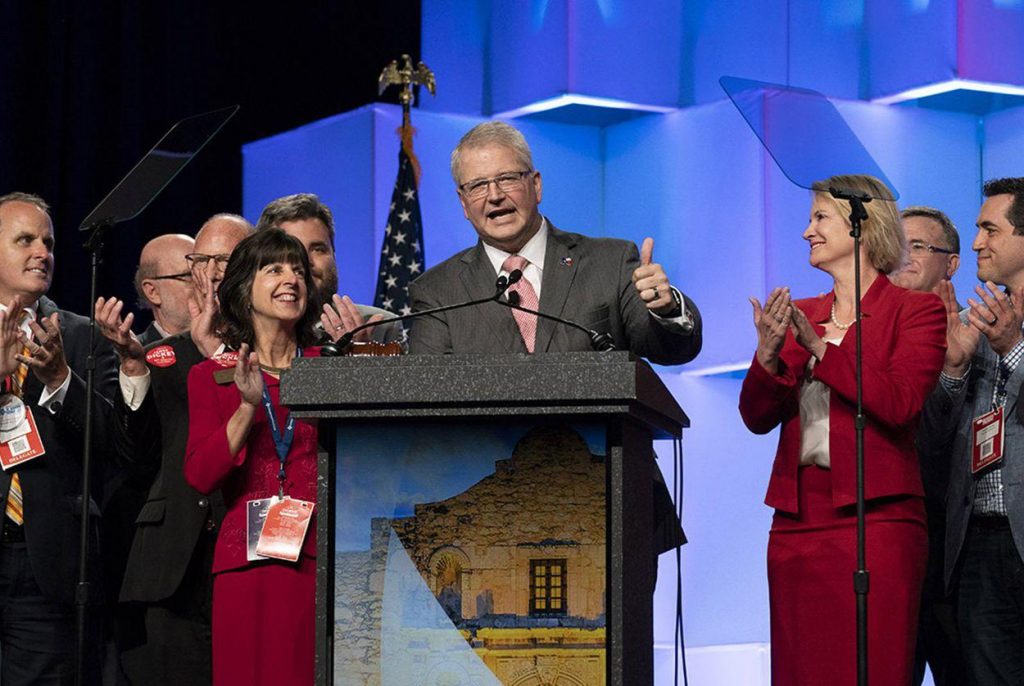 Texas Republicans are planning a traditional, in-person convention of approximately 7,500 state party delegates, a large-scale gathering that officials describe as an unofficial test-run for the national Republican convention in Charlotte, North Carolina.

Texas GOP Chairman James Dickey said Tuesday the coronavirus would not upend the state party convention, a three-day affair in mid-July set to include delegate votes on the floor of a Houston convention center, breakout training sessions in private side rooms, and vendor booths. The national Republican Party meets in Charlotte’s Spectrum Center arena roughly six weeks later, and Texas Republicans are eager to present their event as a model for successful mass political gathering.

“We look forward to leading by example,” Dickey told the Washington Examiner in an interview. “Conducting a convention, safely, is a critical part of the process.”

Pleased with the stabilization of coronavirus infections in Texas and worried about the extreme joblessness caused by the pandemic, Republican Gov. Greg Abbott has lifted business closures as part of a phased transition back to normal. The moves have generally been embraced by Texans — the governor enjoys an approval rating of 58% in a recent poll from SurveyMonkey.