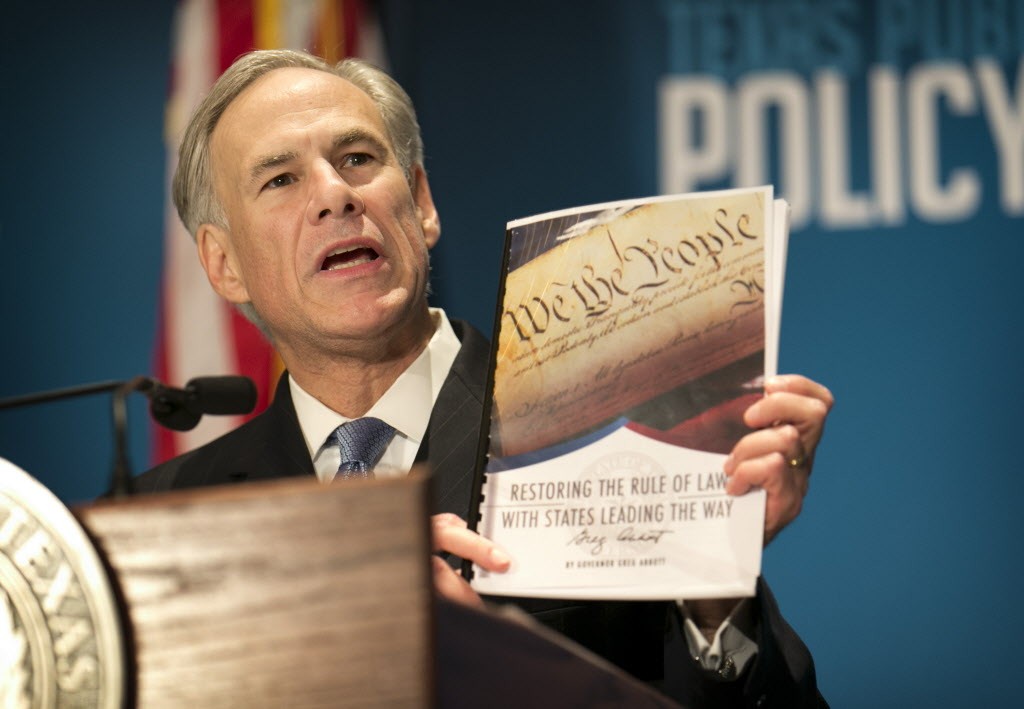 Gov. Greg Abbott, aiming to spark a national conversation about states’ rights, said Friday that he wants Texas to lead the call for a convention to amend the U.S. Constitution and wrest power from a federal government “run amok.”

“If we are going to fight for, protect and hand on to the next generation, the freedom that [President] Reagan spoke of … then we have to take the lead to restore the rule of law in America,” Abbott said during a speech at the Texas Public Policy Foundation’s Policy Orientation that drew raucous applause from the conservative audience. He said he will ask lawmakers to pass a bill authorizing Texas to join other states calling for a Convention of States.

Along with the speech, Abbott released a nearly 70-page plan – part American civics lesson, part anti-Obama diatribe – detailing nine proposed constitutional amendments that he said would unravel the federal government’s decades-long power grab and restore authority over economic regulation and other matters to the states.