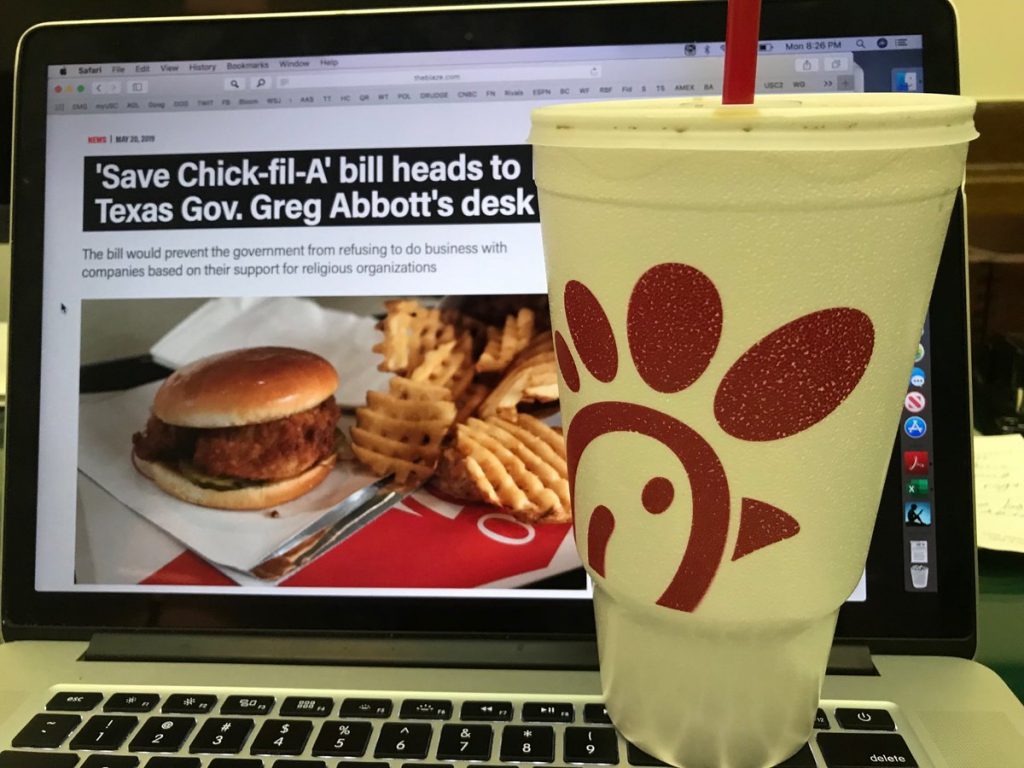 Texas Governor Greg Abbott on Monday signed the so-called “Save Chick-fil-A” bill into law, a new provision that supporters say defends the fast-food restaurant and protects religious freedoms. Opponents have argued it discriminates against the LGBT community.

Abbott, a Republican, did not hold a public signing ceremony, but he had signaled his support through a tweet a few weeks ago, DallasNews.com reported.

On May 20, Abbott tweeted a picture of a Chick-fil-A soft drink in front of a laptop showing a news article with the headline “’Save Chick-fil-A’ bill heads to Texas Gov. Greg Abbott’s desk” and wrote, “So. What are the odds I’ll sign the Chick-fil-A bill? I’ll let you know after dinner. @ChickfilA #txlege”

The new law stops the government from taking unfavorable action against a business or person for contributions to religious organizations.