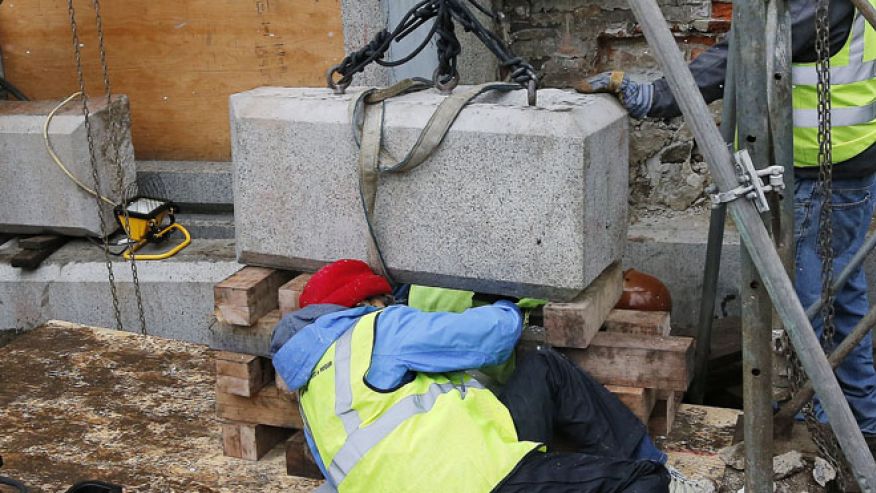 BOSTON – Crews removed a time capsule dating back to 1795 on Thursday from the granite cornerstone of the Massachusetts Statehouse, where historians believe it was originally placed by Revolutionary War luminaries Samuel Adams and Paul Revere among others.

The time capsule is believed to contain items such as old coins and newspapers, but the condition of the contents is not known and Secretary of State William Galvin speculated that some could have deteriorated over time.

Officials won’t open the capsule until after it is X-rayed at Boston’s Museum of Fine Arts to determine its contents. The X-ray is scheduled for Sunday.