Trump: Clinton’s bodyguards should drop guns and ‘see what happens to her’ 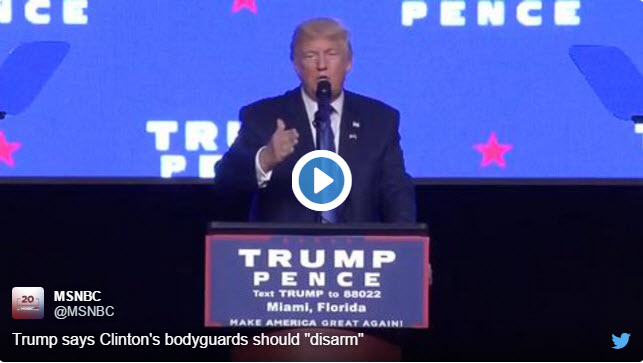 Donald Trump on Friday said that Hillary Clinton’s Secret Service detail should have their guns taken away to “see what happens to her.”

During a rally in Miami, Fla., Trump railed against Clinton’s gun control policies, saying she wants to “destroy your Second Amendment.”