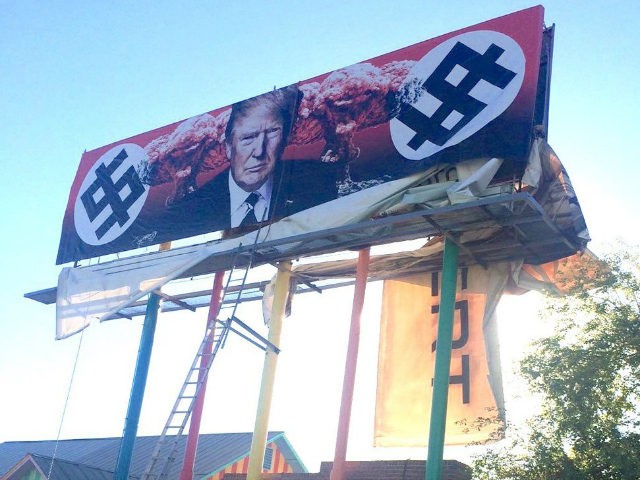 “I think a lot of people are feeling this way and I’m just trying to express what I think is on a lot of people’s minds these days,” Fiorito told 12 News. “Something that really concerned us was this idea of a dictatorship where things were going in a certain direction.”

The controversial billboard went up Friday as part of the annual three-day Art Detour event in downtown Phoenix.

The billboard’s owner, Beatrice Moore, who also commissioned the display, said the banner imagery would remain up as long as Trump is in office.