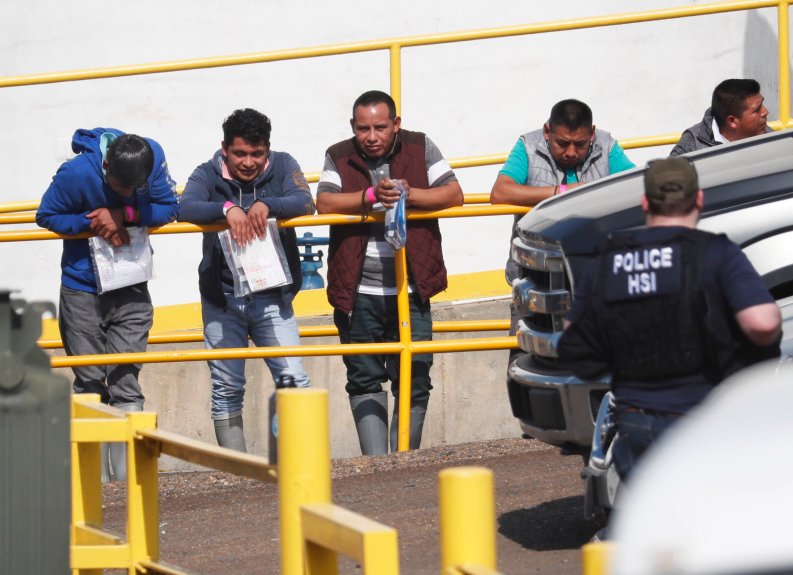 The raids, planned months ago, happened just hours before President Donald Trump visited El Paso, Texas, the majority-Latino border city where a man linked to an online screed about a “Hispanic invasion” was charged in a shooting that left 22 people dead.

“On a day when we seek unifying words and acts to heal the nation’s broken heart, President Trump allows so many families and communities to be torn apart,” said Angelica Salas, executive director of the Coalition for Humane Immigrant Rights.

About 600 U.S. Immigration and Customs Enforcement agents fanned out across the plants operated by five companies, surrounding the perimeters to prevent workers from fleeing.

Categories Mississippi, Other News 1 | Tags: can it what&#39 s the price of ripple right now in Iraq, ICE, Illegal Immigration