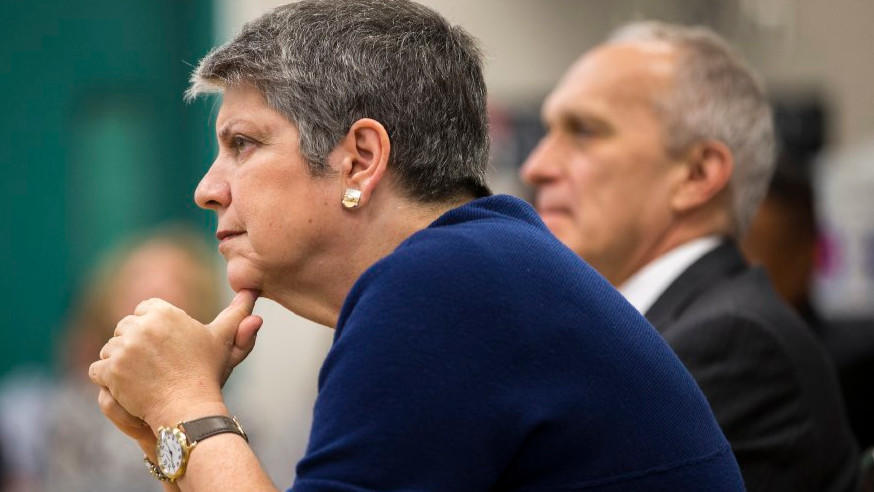 Top aides to University of California President Janet Napolitano interfered with a state audit of her office’s finances, suppressing campus criticism of its services and operations, according to findings of an investigation ordered by the UC Board of Regents.

Napolitano approved a plan instructing UC campuses to submit responses to confidential questionnaires for review by each college’s chancellor and her aides before returning them to the state auditor, according to the fact-finding report obtained by The Times. Those steps and others “constituted interference,” the investigation said.

“Based on the foregoing review, we conclude that members of the president’s executive office did interfere with the surveys,” stated the report by former state Supreme Court Justice Carlos Moreno and the Hueston Hennigan law firm. It added: “We further conclude that two members of the president’s staff undertook these actions with the specific purpose of shaping the responses to be less critical of” the UC Office of the President.

Though Napolitano knew about the plan to review the survey responses, investigators said there was “insufficient evidence to conclude that she was aware of [the aides’] conduct in purposefully and systematically targeting unfavorable responses.”