US border officers seize more than 150 pounds of pork 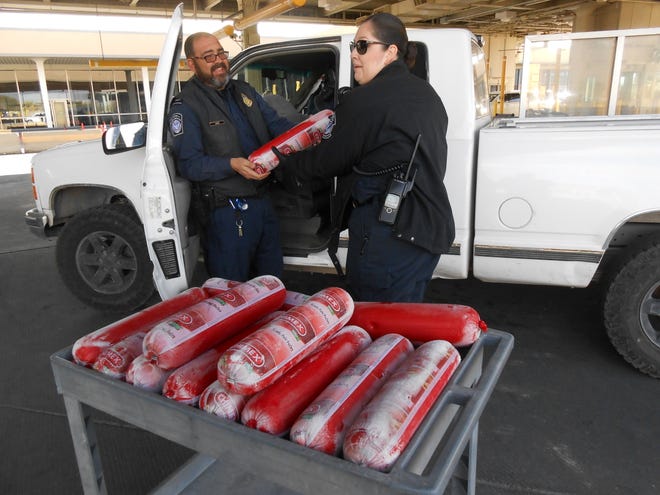 EL PASO, Texas – A driver crossing the Mexican border said he was hauling turkey ham, but CBP officers thought it was a bunch of bologna.

U.S. Customs and Border Protection seized 14 rolls of Mexican bologna Thursday morning at the Bridge of the Americas international crossing.

A Chevrolet pickup truck with Texas license plates entered the port from Mexico shortly after 9 a.m. Thursday. A CBP officer spotted red rolls behind the rear seat of the truck, which the driver claimed was frozen turkey ham being brought from Mexico.

Officers with CBP’s Office of Field Operations Agriculture Specialists performed a secondary exam and confirmed the driver was hauling 154 pounds of bologna. The meat was seized and destroyed and the driver was released. The sausage is prohibited because the pork has the potential to introduce foreign animal diseases.