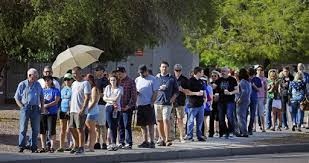 PHOENIX – The U.S. Justice Department is inquiring about long lines and other problems seen during Arizona’s presidential primary to evaluate whether the largest county in the state complied with voting rights laws.

Maricopa County records show that five polling places in metro Phoenix still had voters in line after midnight, including one location where the final ballot was cast at nearly 1 a.m. 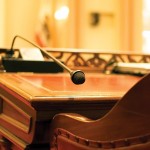 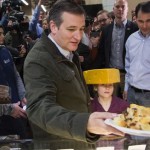 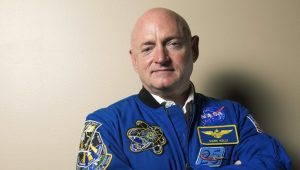 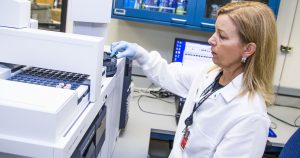 Arizonans may have to give DNA to state… 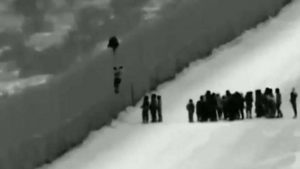 This is the most political justice department ever they won’t go after democratic Law breakers but will create there own charges against conservatives.

The Democrats were trying to influence the Republican Primary by making sure that the WORST Republican gets the nomination. And the Justice Department knows this. So they are acting on behalf of those Democrats who skewed up the voting evaluation by voting where they never had before.

Maybe if Maricopa county wasn’t so full of illegal aliens sucking up all the taxpayers’ money, they would have been able to run more polling places.

Statistics show thatTrump’s presence in the race has produced the largest turnout ever in the primaries of either party. AZ was probably (obviously) was unprepared for this turnout.

But of course US Justice Dept.(Lynch) has time to waste on the obvious, and no time to figure out Hilldebeast’s email scandal and indict her.

They are butt buddies. Do not expect Lynch to do anything to indite clinton.