Washington State Rep: ‘We Will Not Comply’ With New Gun Control 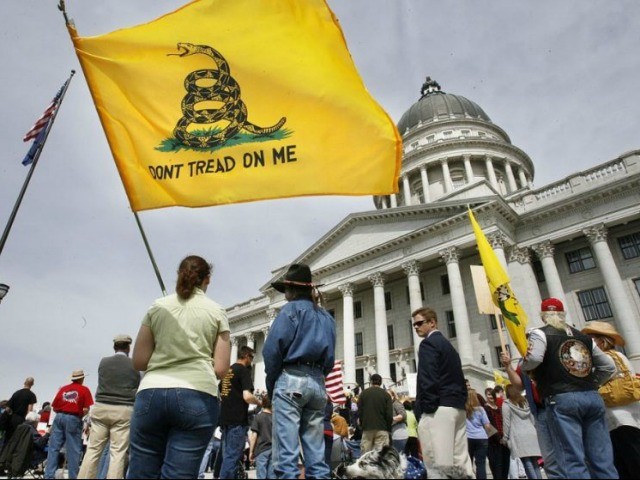 On January 15, Second Amendment supporters gathered in Olympia, Washington, in a show of opposition to Bloomberg-funded I-594. State Representative Matt Shea (R-4th Dist.) said, “We will not comply.”

I-594 outlaws private gun sales in the state by requiring “universal background checks.” Under the new law, it is not legal to even lend a gun to a friend without going through a background check, except in cases where the friend needs the gun because of an imminent threat against his or her life.

According to SeattlePI.com, those gathered then marched to the State House and exchanged guns in the House Gallery “to make a show of violating I-594.”

Besides announcing that he and his fellow Second Amendment supporters would not comply with I-594, Shea said he “will ask … sheriffs and prosecutors not to comply as well.”