Well… …bye. Cali Secession WILL be allowed on ballot 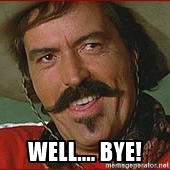 Californians who want their state to secede from the United States can now start collecting signatures to put the initiative on the 2018 ballot.

The Yes California Independence Campaign has been around for at least two years, but the election of President Trump only saw increased momentum for the so-called Calexit cause. Trump lost California by more than 4 million votes, fueling interest in a Calexit — a play on the United Kingdom’s “Brexit” campaign that saw that country’s voters decide to leave the European Union.

The California secretary of state’s office announced that the group could begin collecting signatures on Thursday.

The group needs 585,407 signatures from registered voters over the next 180 days to qualify for the ballot.

If the 2018 ballot initiative passes, it would force a 2019 statewide special election asking voters if they want California to become an independent country.
Supporters first proposed a ballot measure to the state attorney general’s office in November.

According to a summary prepared by the state attorney general, if the measure got onto the ballot and passed, it would repeal clauses in the California Constitution stating that the state is an “inseparable part of the United States” and that the U.S. Constitution is the “supreme law of the land,” the Los Angeles Times reported.