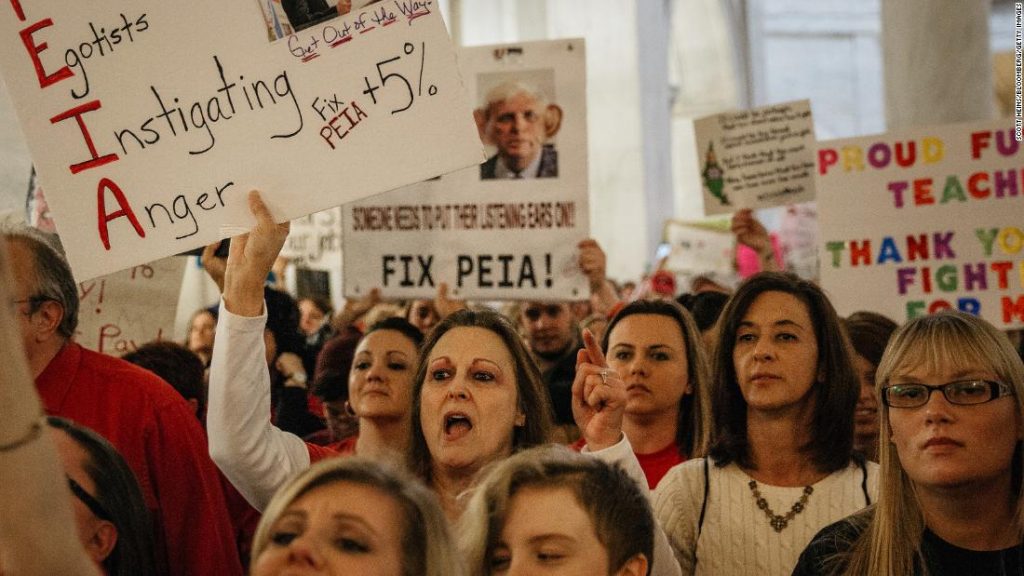 The West Virginia legislature argued for hours but could not agree Saturday on how much to raise teachers’ pay — meaning the teachers strike may well extend into an eighth day Monday.

About 20,000 teachers have been on strike since February 22, keeping 300,000 students out of the classroom. Teachers’ unions have vowed their members must receive a 5% pay hike before returning to work.

The impasse capped a day of emotional arguments, often witnessed by a large, vocal crowd of teachers and their supporters.

“We’re being penny wise and pound foolish,” state Sen. Ron Stollings said on the Senate floor. “We need to invest in education.”

Senate President Mitch Carmichael and other Republican legislators maintain the state cannot afford raises that would end the walkout by some of the lowest-paid educators in the country.

The state Senate approved a bill Saturday night to decrease proposed pay raises from 5% to 4% — a move which infuriated the teachers. The bill went to the state House, which rejected the Senate version. The House had earlier approved a 5% pay raise.