Woman Arrested For Attacking Police Officer With Her Breast Milk 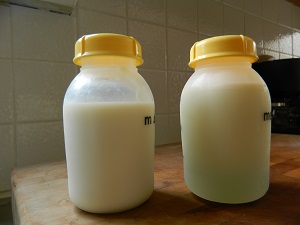 An Australian woman was denied bail after she allegedly squirted breast milk on a police officer’s head, arms and clothes.

Authorities said Erica Leeder, 26, of Calista, Western Australia, was being searched Tuesday at the Fremantle police station after being arrested on an unspecified warrant.

Police said Leeder, who was nude from the waist up during the search, grabbed her own breast and squirted milk onto the forehead, arms and clothes of the female officer conducting the search.

Leeder appeared Wednesday in Fremantle Magistrate’s Court on a charge of assaulting a public officer. She was denied bail and ordered to undergo a mental health evaluation prior to her next court appearance March 31.

The magistrate said a previous conviction for assaulting a police officer factored into the decision to deny bail.