‘You People Are Suffering’: Trump Laments Illegal Immigration in Dallas 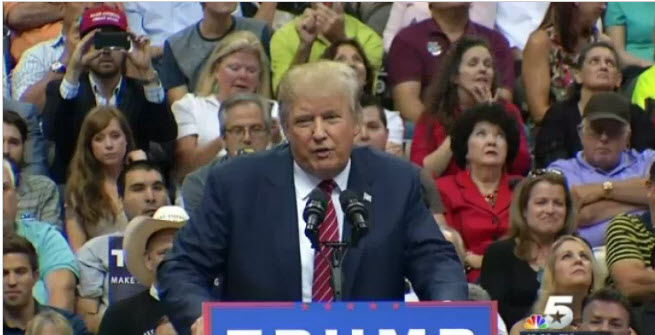 Trump said the United States is “a dumping ground for the rest of the world” as he lashed out again at immigrants in the country illegally and promised Republican leaders he’s just getting started.

An estimated crowd of 15,000 people attended the rally at the American Airlines Center, an arena official told NBC 5’s media partners at The Dallas Morning News.