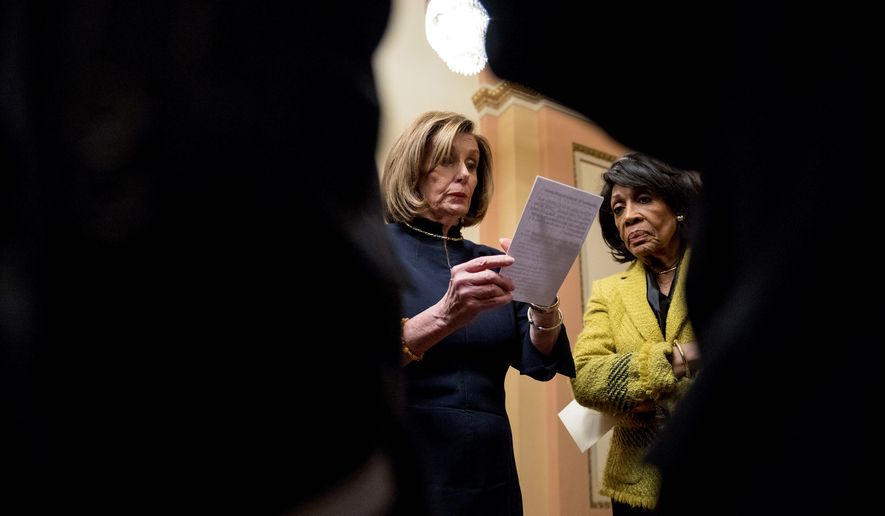 The battle for the House majority will come down to a handful of toss-up districts in 2020, with Republicans eyeing a net pickup of 19 seats to snatch the gavel from House Speaker Nancy Pelosi.

The GOP has its eyes set on 55 swing districts, particularly 31 seats in districts that President Trump won in 2016.

But Mrs. Pelosi’s Democrats are playing both defense and offense. They aim to expand on the blue wave that delivered them the House majority in 2018 and chip away at more red territory in suburban areas where they think they have anti-Trump momentum.

There are at least 23 toss-up races this year, 18 in districts held by Democrats and five by Republicans, according to a breakdown by The Cook Political Report.