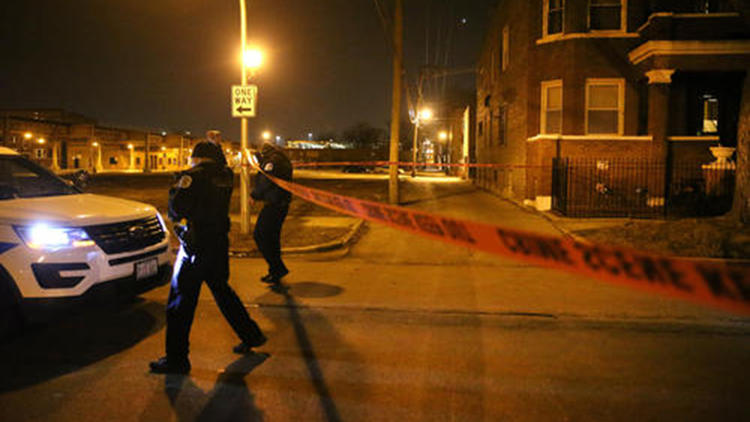 Four people were killed and 10 others were wounded over the weekend in Chicago as violence this year continues to outpace last year.

As of Monday morning, the city had logged 103 homicides, compared with 101 this time a year ago, according to data compiled by the Tribune. At least 513 people have been shot this year, compared with 466 over the same time last year.

Homicides had been lagging behind last year, but that changed last week when the city experienced its deadliest day this year with seven people shot to death.

Over the weekend, the city recorded its 100th and 101st homicides when shots were fired early Saturday at a house party in Woodlawn on the South Side.