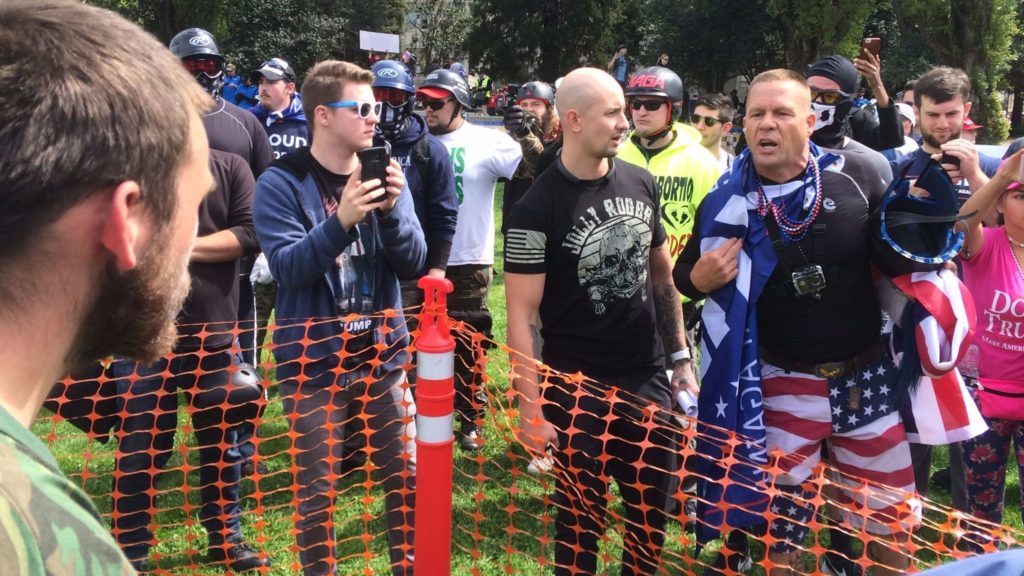 Hundreds of pro-Trump demonstrators and counter-protesters clashed Saturday at a “Patriots Day” rally in Berkeley, the third time the groups engaged in violent confrontations on city streets in recent months.

Fistfights broke out near Martin Luther King Jr. Civic Center Park, where Trump supporters had scheduled a rally. Fireworks and smoke bombs were thrown into the crowd, and a few demonstrators were doused with pepper spray.

Both groups threw rocks and sticks at each other and used a large trash bin as a battering ram as the crowd moved around the perimeter of the park. One bank boarded up its ATMs before the rally as a precaution.

About 250 police officers were deployed to the scene by mid-afternoon after officials sought assistance from the neighboring Oakland Police Department.