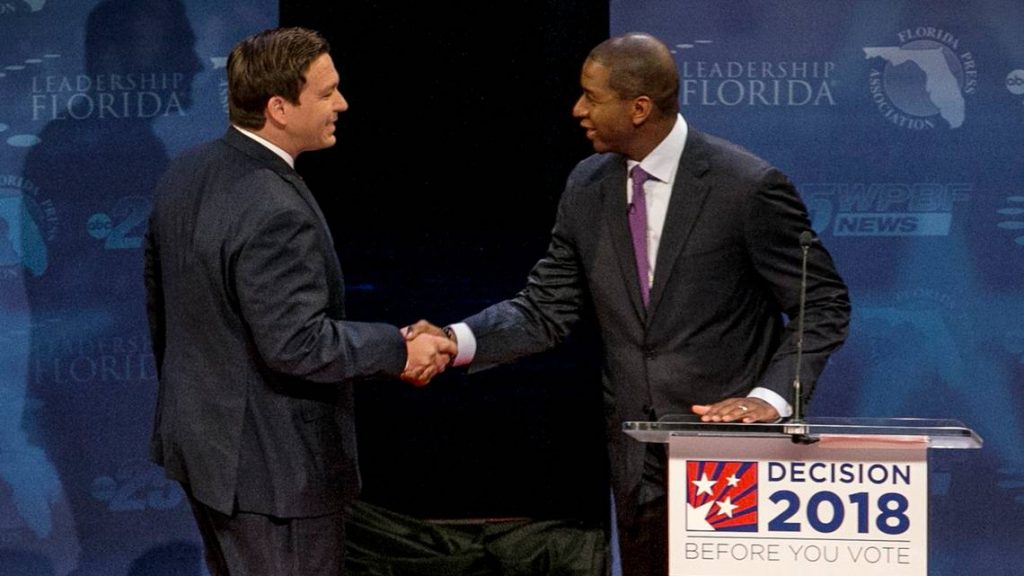 Sequels rarely live up to the original. But in their second and final meeting before the Nov. 6 election for Florida governor, Ron DeSantis and Andrew Gillum delivered a bare-knuckle brawl of a debate so heated that a racial slur was spelled out letter by letter on live television.

DeSantis, a Trump-endorsed former congressman, painted his opponent as a corrupt on-the-take politician. Gillum, the unapologetically liberal mayor of Tallahassee, cast DeSantis as a vapid extremist who encourages racism.

Cool was lost. The moderator was not spared any venom. And in between daggers and accusations, when policy was actually discussed, two candidates firmly on the opposite ends of the political spectrum left little for the voters in the middle to chew on.

The night began on an explosive note. Moderator Todd McDermott of WPBF in West Palm Beach skipped introductory statements and immediately asked the candidates whether politics has crossed the line from divisive to reckless after someone sent pipe bombs and suspicious packages overnight to the Clintons, Barack Obama and offices of U.S. Rep. Debbie Wasserman Schultz, who was in attendance Wednesday night at Broward College’s Davie campus.