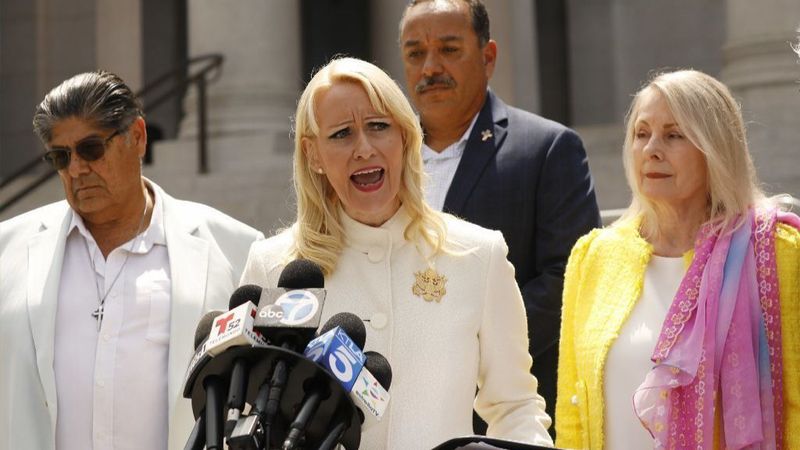 Los Angeles Mayor Eric Garcetti is being targeted for removal from office over his handling of the homelessness crisis.

On Wednesday, Alexandra Datig, a political commentator who is leading the effort, told reporters at a news conference outside City Hall that the mayor was served with a notice of intent for recall — the first step of a long-shot attempt.

“He can’t handle the crisis,” said Datig, a registered Republican who described herself as longtime Angeleno frustrated by the surging number of people living on the street. “He needs to step down.”

According to the latest count, homelessness has swelled 16% over the past year, largely because of a shortage of affordable housing. And there are renewed concerns about diseases and filth as more people bunk down on L.A.’s streets.