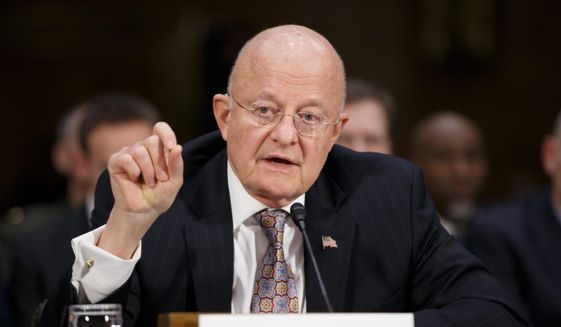 America’s top spy said Wednesday that U.S. intelligence officials have a “huge concern” about Islamic State’s ability to infiltrate waves of Syrian war refugees flowing into Europe and potentially the United States as pressure mounts on Western nations to take in a growing number of people fleeing the conflict in the heart of the Middle East.

“As they descend on Europe, one of the obvious issues that we worry about, and in turn as we bring refugees into this country, is exactly what’s their background?” Director of National Intelligence James R. Clapper said. “We don’t obviously put it past the likes of ISIL to infiltrate operatives among these refugees.”