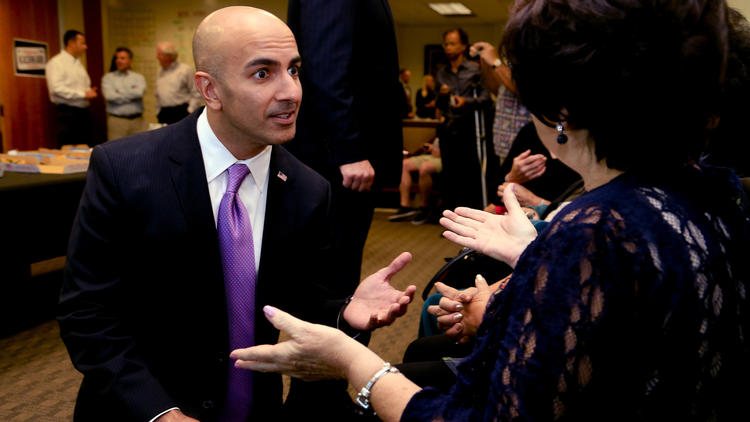 After an unsuccessful detour into California politics, Neel Kashkari is back in the banking world.

The former executive at Goldman Sachs Group Inc. and Pacific Investment Management Co. was named on Tuesday as the next president of the Federal Reserve Bank of Minneapolis.

It will be a return to government service for Kashkari, 42, a former Treasury Department official who is best known for running the $700-billion bank bailout initiative known as the Troubled Asset Relief Program from 2008 to 2009.