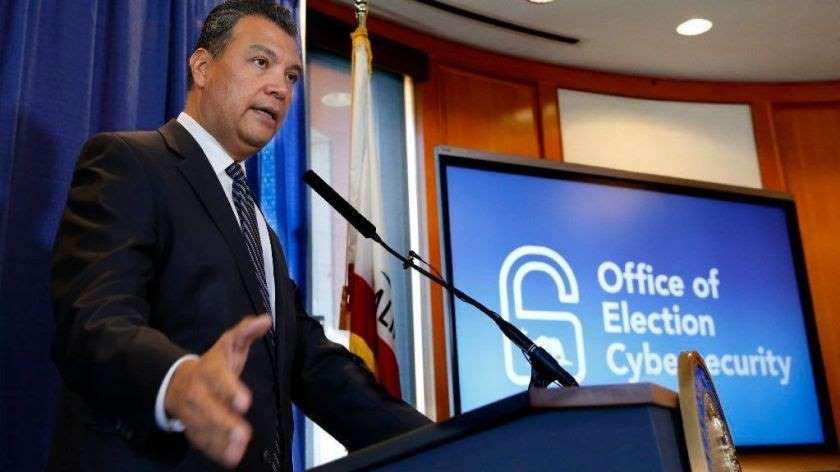 California Secretary of State Alex Padilla is an excellent choice for U.S. senator. He’s actually the only choice Gov. Gavin Newsom could have made — intellectually and politically.

It was a historic appointment for a governor who takes pride in recording “firsts.”

Padilla, 47, will be the first Latino senator from California. And that should be embarrassing for a state with such deep Mexican roots — where the largest ethnic group is now Latino, representing 40% of the population.

It’s about time we had a Latino senator. And it’s something Newsom couldn’t ignore.

Moreover, Padilla is a loyal political pal of Newsom’s.

The governor and he go way back — to when Newsom was the San Francisco mayor trying to run for governor the first time in 2009. He dropped out when Jerry Brown entered the race and ran for lieutenant governor instead. But Padilla was there from the start as Newsom’s campaign chairman, often traveling with him to hustle for votes.

Padilla supported Newsom again in 2014 when the governor ran for reelection. Newsom’s main challenger was fellow Democrat Antonio Villaraigosa, the Los Angeles mayor when Padilla was president of the LA. City Council — the first Latino to hold that post.

“We’ve known each other a long time — 20 years,” Padilla told me Tuesday, referring to Newsom. “We’ve talked to each other about our future opportunities over the years.”

Like good friends do. Padilla’s dream was to be a U.S. senator.

So if Newsom had selected someone else to fill out the unexpired term of Vice President-elect Kamala Harris, what kind of message would that have sent to other politicians the governor might ask for a favor in the future? The message would be: “You scratch my back — but go find someone else to scratch yours.”

Newsom’s not that kind of guy. And all politicians know that after Padilla’s selection.

Newsom immediately got heat from a coalition of Black women who had urged that the Senate seat be given to one of their community. Harris was the first Black senator from California.

“I am disappointed that the governor didn’t see value in the opportunity that was presented to him to guarantee fair representation for Black women in the U.S. Senate,” said L.A. County Supervisor Holly Mitchell, who once served in the Legislature with Padilla.

Padilla was a state senator for eight years — he authored the legislation outlawing single-use plastic bags at grocery stores — then was elected California secretary of state. Again, he was the first Latino to hold that office.

A few hours after Newsom appointed Padilla to the Senate, he nominated Assemblywoman Shirley Weber, 72, of San Diego, chair of the Legislative Black Caucus, to be secretary of state. She’ll need to be confirmed by the Legislature, but that will be a snap.

Weber is another “first” for Newsom. She’ll be the first Black secretary of state in California.

Like Padilla, Weber is an American Dream story. She’s the daughter of an Arkansas sharecropper who fled to Los Angeles when his life was threatened by a white farmer over a dispute.

Padilla’s parents were Mexican immigrants who met in Los Angeles. His dad was a short-order cook; his mom cleaned affluent people’s houses. Padilla earned a mechanical engineering degree at the Massachusetts Institute of Technology.

The engineering grad returned to the San Fernando Valley, where he caught the political bug during the 1994 campaign to pass Proposition 187. The measure’s purpose was to deny most public services to immigrants living here illegally. It was tossed out by a judge but inspired a generation of Latino politicians who championed immigrant rights.

“It’s way past time to pass comprehensive immigration reform,” Padilla told me. “For starters, Dreamers should be brought out of the shadows and their status stabilized. … And there should be a true path to citizenship.”

“Dreamers” are the young adults who were brought across the border as children by their undocumented parents. They’ve known no other country than this one. President Trump was eyeing them for deportation.

When I asked Padilla what his priorities would be as a senator, he replied: “There’ll be three — COVID, COVID, COVID.

“The first thing I want to do is get my arms around the pandemic and help the working families that have been devastated from both health and economic standpoints. These families are going to need a lot more support.”

Padilla is not a spellbinding orator. In fact, he could be a cure for insomnia. But he’s bright, focused and energetic. He goes about his business, like running a clean election process with an enormous voter turnout.

On Monday, the governor sent word to Padilla that he wanted to chat via Zoom in the evening. On Tuesday, a link of the brief conversation was shared by a Padilla staffer.

Newsom asked about Padilla’s immigrant parents and they bantered a bit. Then the governor said: “What would your mom think now as I ask if you want to be the next U.S. senator from California?”

Padilla talked emotionally about his dad cooking and his mom cleaning — and was interrupted by the governor.

“Absolutely. I will make you proud.”

“It would have been political malpractice if Newsom didn’t appoint a Latino or Latina,” says political consultant Mike Madrid, a disenchanted Republican who’s about to reregister as an independent.

“The Senate seat from California — the state with the largest Latino population — will provide a platform for an emerging America. Padilla’s voice will write history.”

He’ll first need to get elected to a full term in 2022. But he’ll have an incumbent’s edge and the governor’s strong support. 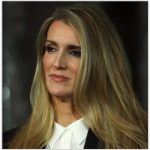 Nearly 50,000 People Have Cast Ballots in Georgia Runoffs After Not Voting in November 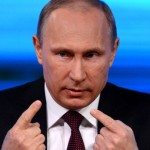 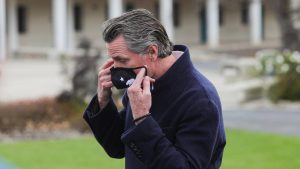 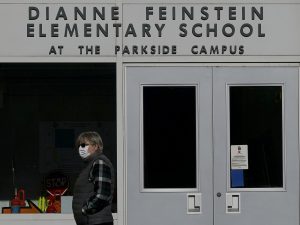 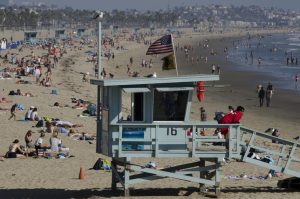