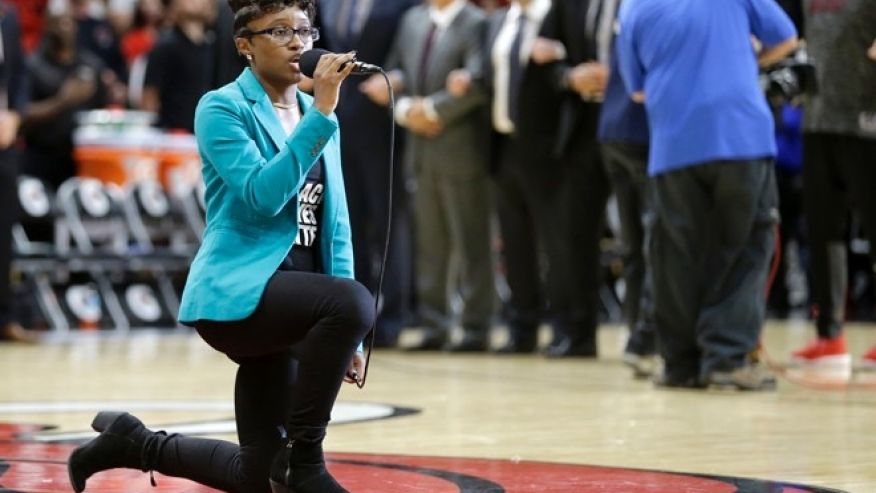 A female singer performed the National Anthem while kneeling at midcourt before an NBA preseason game in Miami Friday night, opening her jacket to show a shirt with the phrase “Black Lives Matter.”

The Miami Heat identified the singer as Denasia Lawrence. The team said of her gesture, “We were unaware of it ahead of time.”

Lawrence posted video of her performance on Twitter along with a statement saying in part that “I took the opportunity to sing AND kneel; to show that we belong in this country AND that we have the right to respectfully protest injustices against us.”

Heat players and coaches stood side-by-side for the anthem, all with their arms linked as has been their custom during the preseason. Many had their heads down as Lawrence sang before the game against the Philadelphia 76ers.

The anthem issue has been a major topic in the sports world in recent months, starting with the decision by San Francisco 49ers quarterback Colin Kaepernick to not stand for its playing. Kaepernick cited racial injustice and police brutality among the reasons for his protest, and athletes from many sports — and many levels, from youth all the way to professional — have followed his lead in various ways.