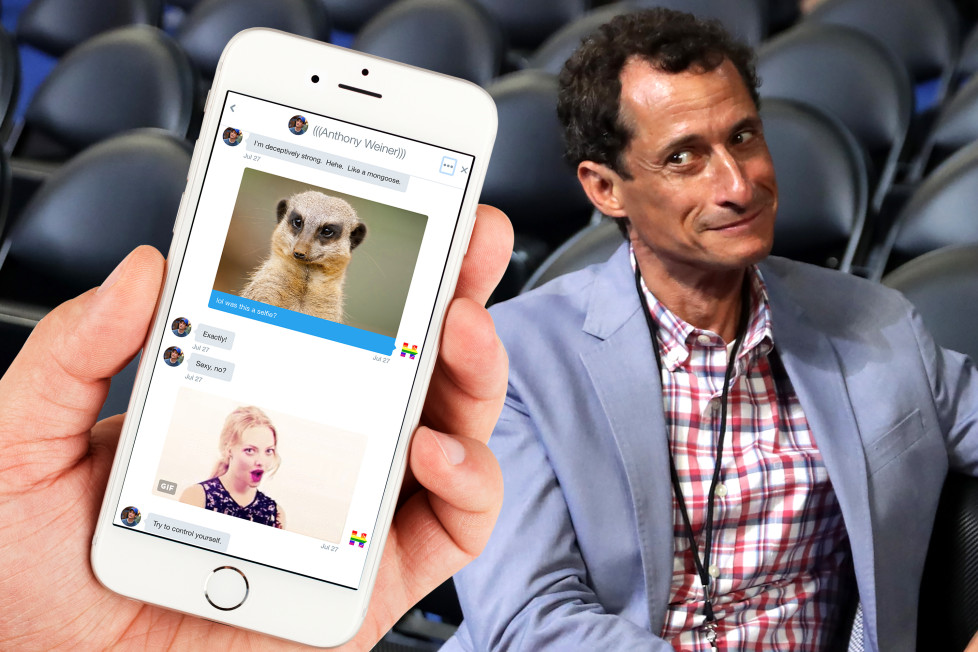 First he was Carlos Danger. Now — in yet another sexting scandal — he’s a randy “mongoose.”

Sext fiend Anthony Weiner boasted of his animal prowess — claiming he was “deceptively strong . . . like a mongoose” — and gave his cellphone number to a college student during a flirty, private online chat on a recent trip to Los Angeles, The Post has learned.

But the joke was on the horndog pol, whose wife, Huma Abedin, is a top aide and close confidante of Hillary Clinton.

The target of his online affection was really a dude.