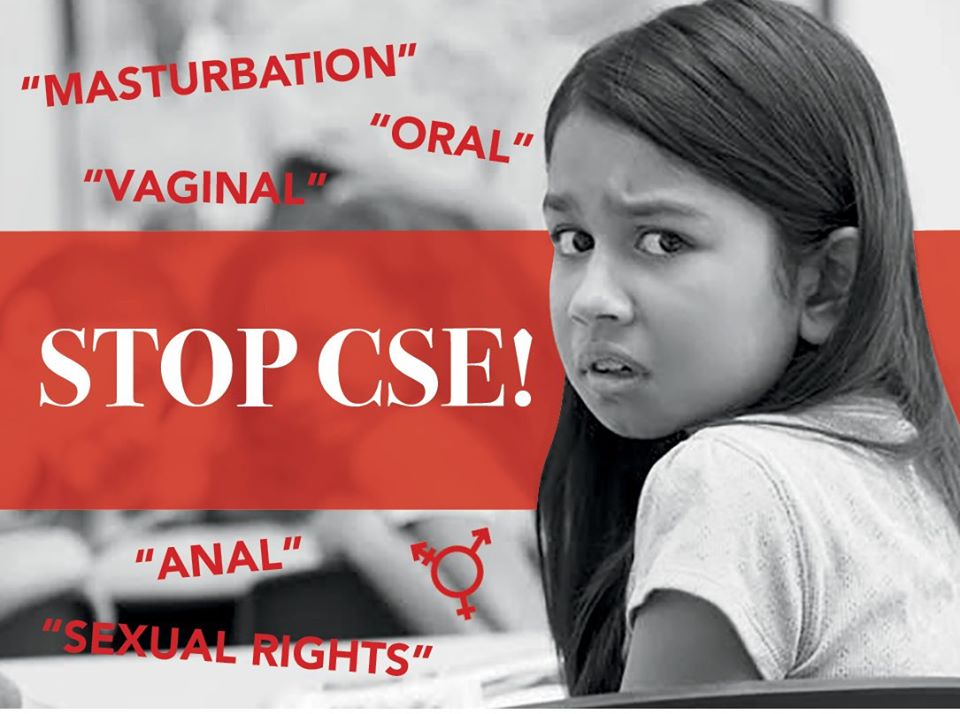 Arizona House Speaker Rusty Bowers (R) continued his attack over the past week on state comprehensive sex ed standards that he says sexualize children and place them at high risk.
Bowers said he viewed materials that are part of proposed comprehensive sex ed (CSE) curricula that are “grooming children to be sexualized,” reported Tucson.com.

According to the report:

Bowers said that materials he saw in the presentation put on at a Gilbert charter school by Family Watch International have drawings of people engaged in sex acts. The speaker called the materials “a complete change” in how sex education has been taught for 40 years.

Hoffman promoted the changes in the sex ed curriculum, but was unsuccessful in her attempt to have the state Board of Education change the state standards for sex education in Arizona at this time.

According to Tucson.com, Hoffman asked the state board to review changes in sex education policies. Subsequently, the board repealed a requirement that sex ed classes in Arizona “promote honor and respect for monogamous heterosexual marriage.”

Hoffman then asked the board to consider a change proposed by Democrat State Sen. Martin Quezada that would remove language currently banning the teaching of “abnormal, deviant or unusual sex acts and practices.”

After significant opposition to the latter change, state board members dropped the proposal.

The proposed changes were developed with a group of stakeholders including LGBT groups such as GLSEN, teachers, school board members and other individuals, Quezada wrote in a text message.

Quezada wrote in a letter to Hoffman … “We can and should go further.” So, he wrote, he convened stakeholders to recommend more changes.

“When Kathy Hoffman promotes this, I don’t have any question it’s about radicalizing children and their sexuality,” he asserted.

In response, Hoffman called the speaker’s comments “abhorrent and reprehensible,” and without any “basis in reality.”

She accused Bowers of “amplifying conspiracy theories being pushed by known hate groups.”

Family Watch International sponsored the forum on comprehensive sex ed curriculum. The forum included a presentation of CSE programs developed by various organizations that have embraced gender ideology and require children to be taught that gender is a “spectrum” and biological sex is subservient to gender identity.

The pro-family organization has been named a “hate group” by the disgraced Southern Poverty Law Center (SPLC) that was recently accused of racism, corruption, and sexual harassment by a group of its employees, as reported by the New York Times in March.

Bowers referred to a book titled It’s Perfectly Normal that was discussed during the forum. The illustrated book, which is recommended by Planned Parenthood and intended for fourth graders, describes “sexual intercourse” as “having sex” that “can involve the penis and the vagina, or the mouth and the genitals, or the penis and the anus.”

According to AZ Mirror, Bowers said Planned Parenthood has “created the business plan of hell,” by developing and overseeing comprehensive sex education programs in public schools that ultimately lead to high-risk sexual behaviors and pregnancy – both of which land students back at Planned Parenthood for STI treatments and abortions.

Taylor Tucker, spokeswoman for Planned Parenthood Arizona, responded to Bowers, “Arizonans are tired of hearing this kind of rhetoric.”

U.S. Parents Involved in Education (USPIE), a national organization devoted to the return of local control of education, says in a statement that CSE “is a blatant intrusion into a traditional family domain and a dangerous assault on the health and innocence of children.”

“We urgently encourage parents to retake control of their children’s sex education,” the group asserts, adding the type of CSE programs that are mandated by some states are “rights-based” approaches that are politically influenced.

They entail “a great deal more than just teaching children and youth about anatomy and physiology, sexual intercourse, and human reproduction,” USPIE warns.

Bowers said local school boards decide on sex ed curricula for their students. Arizona requires that parents “opt in” to the program. Bowers added, however, that some school districts are not providing sufficient information for parents about the nature of their sex ed programs.