Baltimore sergeant says suspects are challenging cops: ‘It is about to get ugly’ 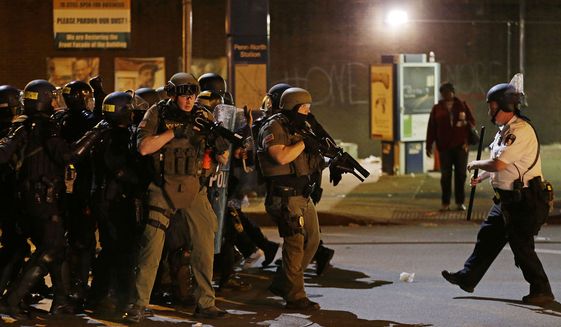 A Baltimore police sergeant said Friday that suspects are now trying to lure officers into physical altercations. He added that things are “about to get ugly.”

Sgt. Lennardo Bailey told “Eastern Command Staff” that unrest in Baltimore following the death of Freddie Gray has transformed into an environment where cops are increasingly challenged by suspects.

“I have been to five calls today and three of those five calls for service; I have been challenged to a fight. Some of them I blew off but one of them almost got ugly. I don’t want anybody to say that I did not tell them what is going on. This is no intel this is really what’s going on the street. This is my formal notification. It is about to get ugly,” the officer said, Buzzfeed reported Friday.