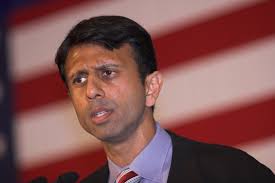 Bobby Jindal is showing once more he’s making the biggest play of any 2016 candidate for the pro-life vote.

This afternoon, while abortion supporters protested outside the Governor’s mansion in Baton Rouge, Jindal set up a huge movie screen and speakers and played on a continuous loop all of the videos released in recent weeks showing the brutality of Planned Parenthood’s baby-parts business.

One of the problems faced by the Center for Medical Progress is that many people are refusing the watch the grisly undercover videos where Planned Parenthood personnel discuss dissecting aborted babies in order to sell their eyes, lungs, livers, hearts, and even brains.