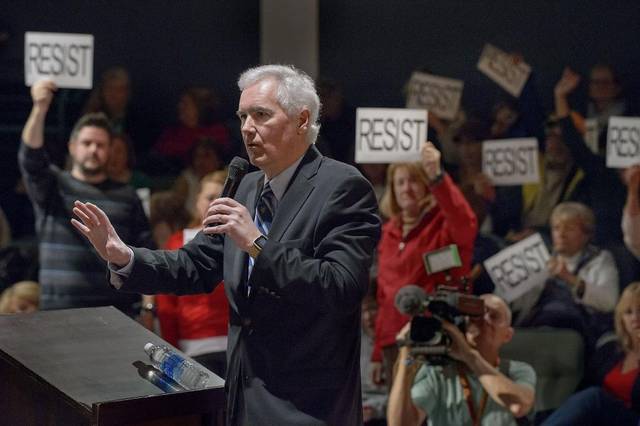 “Vote him out,” hundreds of demonstrators chanted outside the Tower Theatre in downtown Roseville, the Republican-heavy population center of McClintock’s sprawling congressional district. Inside the theater, more than 200 people gathered for a town-hall event hosted by McClintock.

“I believe that order is constitutional,” said McClintock, one of several comments that elicited boos at the hourlong event.

McClintock’s visit drew hundreds of people, most of whom had come to express opposition to the new administration. Many identified themselves as liberal Democrats and progressives, while party registration in McClintock’s district – which incorporates all or part of 10 counties spanning from Tahoe to Yosemite – is solidly Republican.