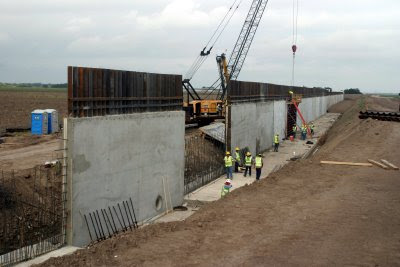 SACRAMENTO — Three California Democrats have a warning for contractors who sign up for President Donald Trump’s border-wall construction project between the U.S. and Mexico: Build it, and we will divest from your company.

Berkeley slams door on Trump border wall contractors
In the latest act of resistance against the Trump administration, the state lawmakers have introduced a bill that would force the state to drop its pension investments in any companies involved in the project.