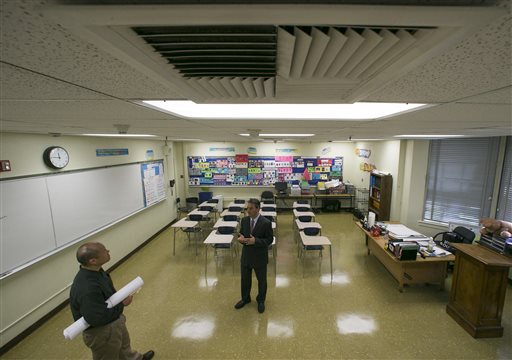 SACRAMENTO, Calif. — Three years after California voters passed a ballot measure to raise taxes on corporations and generate clean energy jobs by funding energy-efficiency projects in schools, barely one-tenth of the promised jobs have been created, and the state has no comprehensive list to show how much work has been done or how much energy has been saved.

Money is trickling in at a slower-than-anticipated rate, and more than half of the $297 million given to schools so far has gone to consultants and energy auditors. The board created to oversee the project and submit annual progress reports to the Legislature has never met, according to a review by The Associated Press.

Voters in 2012 approved the Clean Energy Jobs Act by a large margin, closing a tax loophole for multistate corporations. The Legislature decided to send half the money to fund clean energy projects in schools, promising to generate more than 11,000 jobs each year.