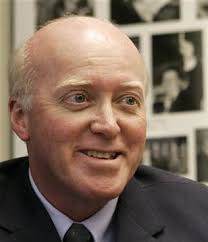 California’s newly instituted March 3 primary date is rattling the early presidential state map, as Democratic state and party officials grapple with the shadow cast by the nation’s most populous state.

The idea that millions of absentee and mail-in votes could be cast in advance of California’s actual primary election day — and the prospect that presidential candidates might bypass the early states entirely to concentrate on target-rich California — is finally beginning to sink in.

Bill Gardner, the longtime secretary of state who has the legal authority to set the New Hampshire primary election date, told POLITICO he doesn’t plan to set the date for the nation’s first presidential primary until the fall, when he will better understand the potential impact of California’s early voting and determine whether other state legislatures have attempted to infringe on the Granite State’s first position.

While the schedule set forth by the Democratic National Committee has New Hampshire’s primary slated for Feb. 11, 2020, Gardner raised the prospect that the date could change.