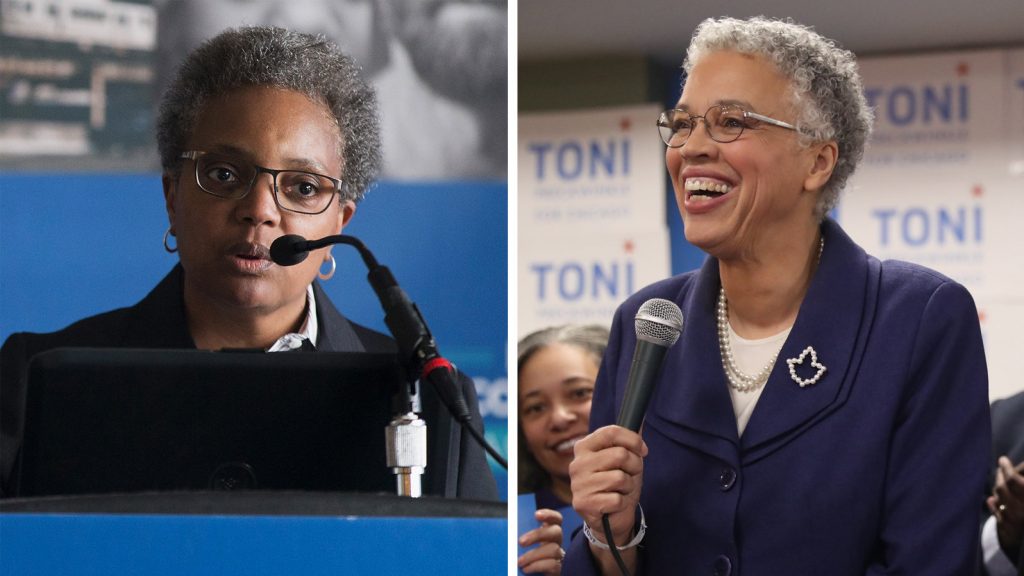 The next Chicago mayor will either be a self-described political outsider who’s never run for office, or a longtime city alderman and chair of the county’s Democratic Party. Either way, for the first time, the city’s top political official will be an African-American woman.

Former federal prosecutor Lori Lightfoot and Cook County Board President Toni Preckwinkle took the top spots in Tuesday night’s tight race. They beat out 12 other candidates, many of whom entered the race after current Mayor Rahm Emanuel surprised the city by announcing in September he wouldn’t run for a third term. Now Lightfoot, who earned 17.5 percent with 90,000 votes, and Preckwinkle, at 16 percent with 82,000 votes, will go head-to-head in a runoff election April 2.

They edged out William Daley, whose father and brother each served as mayor for over 20 years. Daley, who spent millions more than the other candidates, enjoyed wide name recognition but wasn’t able to rise to the top of the field. He took third place with about 76,000 votes, or just shy of 15 percent of the total.

The first African-American woman to serve as mayor of Chicago will take the reins of a city that has long struggled with allegations of civil rights violations. Both candidates have emphasized the need to reform the Chicago Police Department, but Lightfoot, a former federal prosecutor, made it a touchstone of her campaign.