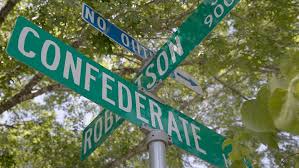 Known as both the “father of Texas” and the namesake of the state’s capital, Stephen F. Austin carved out the early outlines of Texas among his many accomplishments.

He also opposed an attempt by Mexico to ban slavery in the province of Tejas and said if slaves were freed, they would turn into “vagabonds, a nuisance and a menace.”

For that reason, the city of Austin’s Equity Office suggested renaming the city in a report about existing Confederate monuments that was published this week.

Also on the list of locales to possibly be renamed: Pease Park, the Bouldin Creek neighborhood, Barton Springs and 10 streets named for William Barton, the “Daniel Boone of Texas,” who was a slave owner.