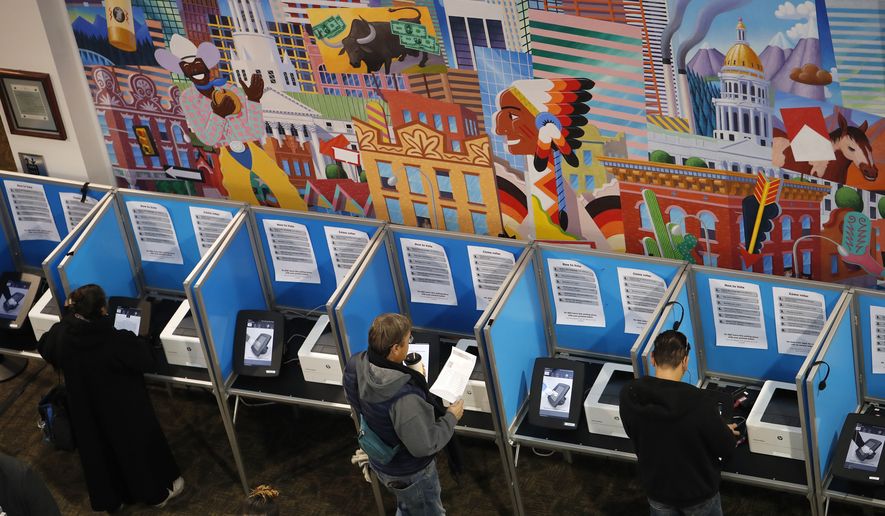 DENVER — Colorado joined the National Popular Vote Interstate Compact just four months ago, but the Centennial State may be taking an early off-ramp.

Organizers with Protect Colorado’s Vote announced Wednesday they have collected at least 227,198 signatures to place the National Popular Vote on the November 2020 ballot, easily surpassing the 124,632 valid signatures required to qualify.

“We still have more signatures coming in, too,” said Mesa County Commissioner Rose Pugliese, a Republican, who has helped lead the referendum campaign.

The petitions are due Thursday at the Secretary of State’s office, but if the signatures pass muster, it would mark the first time voters have had an opportunity to decide on a state’s entrance into the National Popular Vote compact, which seeks to render the Electoral College obsolete.