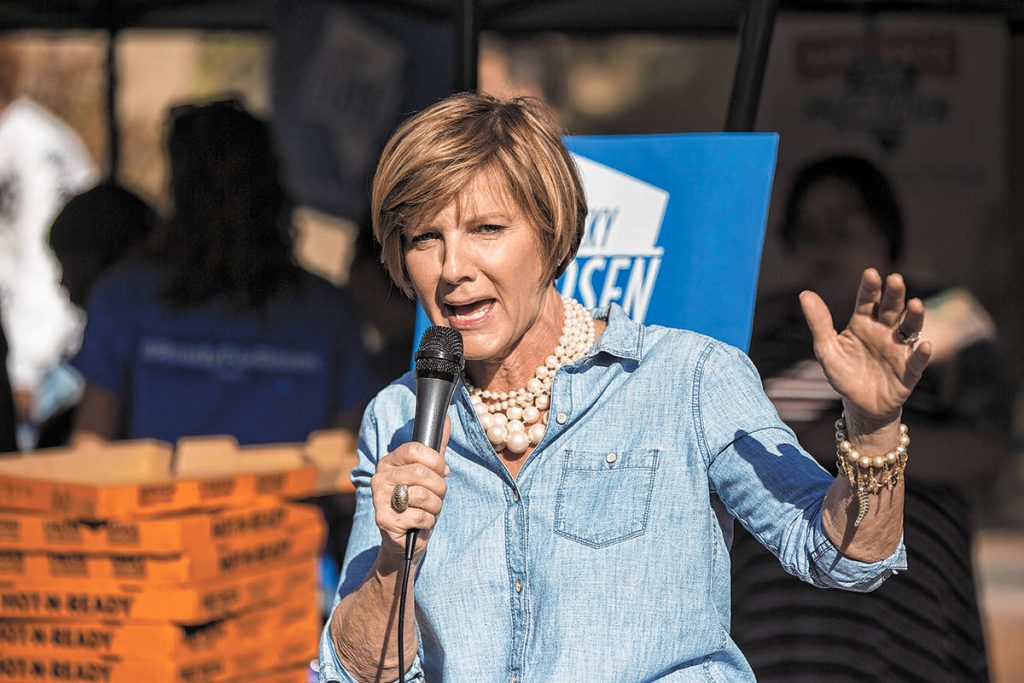 Republicans Dan Rodimer and Jim Marchant took the lead in contested primaries for the right to challenge Democratic Reps. Susie Lee and Stephen Horsford in the only two Nevada congressional races likely to be competitive in 2020, according to partial election results released Wednesday morning.

Lee, Horsford and fellow Democratic Rep. Dina Titus in the 1st District also opened up huge leads in their own primary elections. The Associated Press immediately declared victory for each.

The first batch of results for Tuesday’s primary was delayed until 2:30 a.m. Wednesday due to long lines at the limited number of voting centers. The totals included ballots received and counted before election day.

The state switched to an all-mail election due to the fear of COVID-19 spread among voters and election workers, and only three locations opened in Clark County on Tuesday.