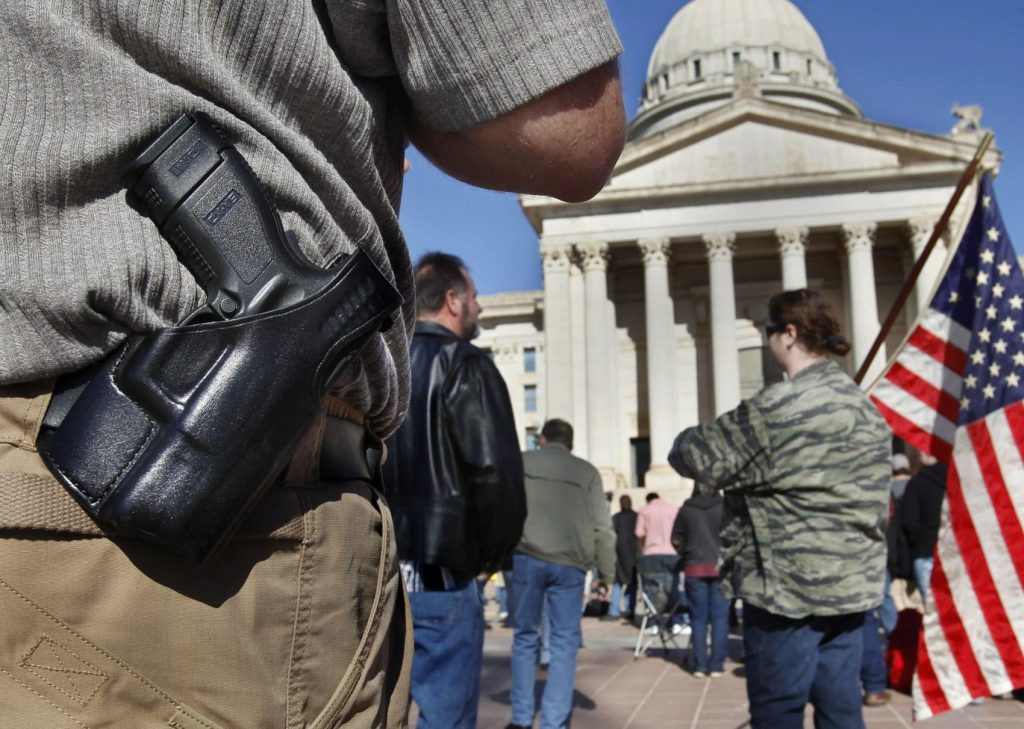 OKLAHOMA CITY — Individuals will be able to carry firearms in Oklahoma without a permit or training starting Nov. 1, when a bill passed by the Legislature and signed by Gov. Kevin Stitt goes into effect.

The bill is the first signed by Stitt since he took office.

“As I traveled all over the state to all 77 counties, I heard from Oklahomans all over that they wanted us to protect their right to bear arms,” Stitt said.

He said he doesn’t think the measure will result in an increase in violence.