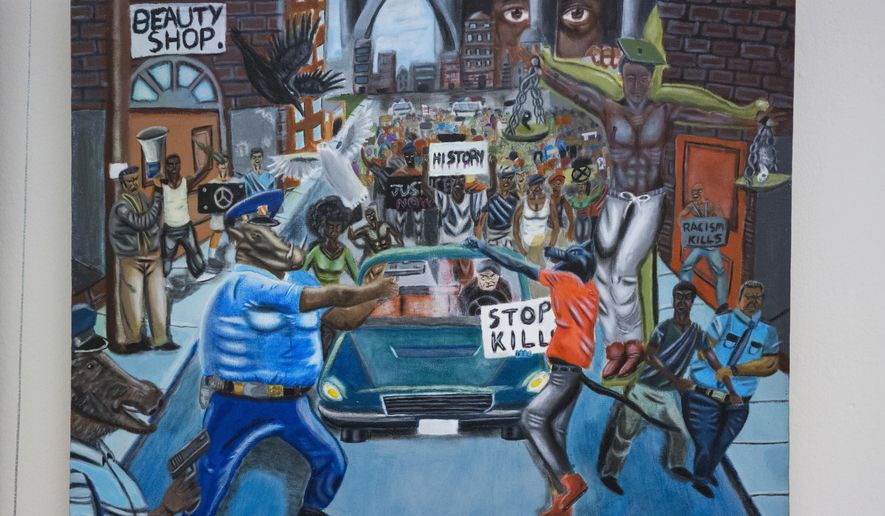 The Architect of the Capitol has ruled a controversial painting depicting police officers as animals violated the rules of a congressional art competition and should be removed from the U.S. Capitol next week.

The painting — named “Untitled #1” — was chosen selected by Democratic Rep. Willaim “Lacy” Clay of Missouri as one of more than 400 winners from across the country and has hung in a tunnel that connects House legislative offices to the Capitol.

“This painting hung in clear defiance to those rules and was a slap in the face to the countless men and women who put their lives on the line everyday on behalf of our safety and freedom,” said Rep. Dave Reichert, who House Speaker Paul Ryan tapped as the point person in the effort to remove the painting. “Tragically, we have seen that the growing divide between law enforcement and the communities they serve can prove fatal.”