Cuomo: Weiner could face jail time for sexting with teen 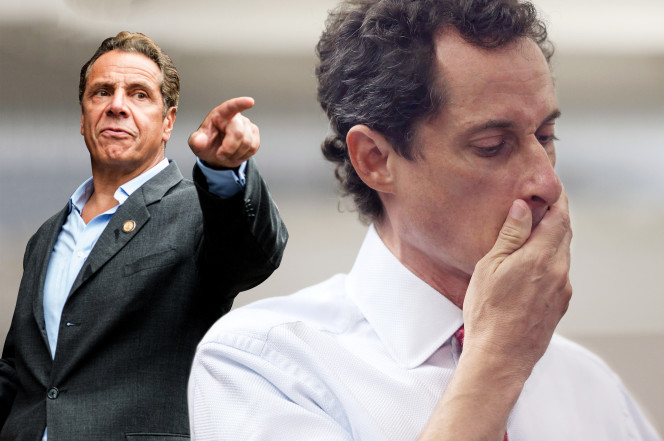 Anthony Weiner spent months sexting with an underage girl he tried to lure into “rape fantasies,” it was revealed Wednesday — and the ex-pol’s new low could send him to the slammer.

The 15-year-old high school student went public with a trove of lurid come-ons she got from Weiner, who exchanged his “Carlos Danger” persona for the alias “T Dog” to send her kinky texts and shirtless selfies over a cell-phone messenger app.

“It would just be him showing up at my house when my dad was out of town,” the girl told the Mail.