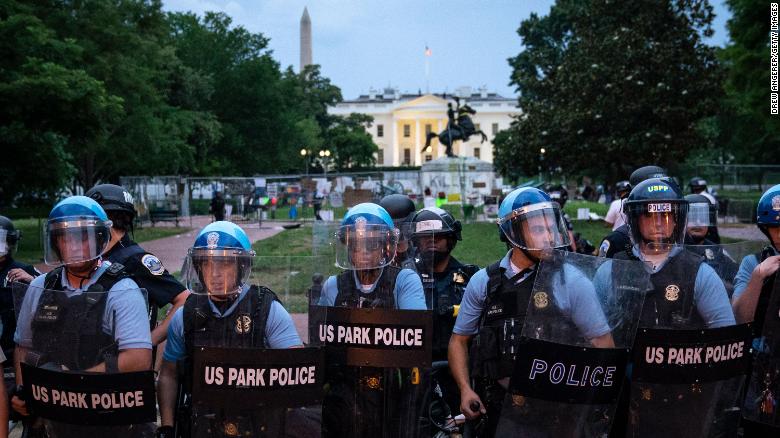 “The District of Columbia National Guard is responding to a request to support law enforcement officials and has dispatched unarmed personnel, with others on stand-by, National Guard spokesman Major Robert Perino said in a statement to CNN. “Activated Guardsmen are expected to provide security for local monuments and critical infrastructure.”

A defense official says Army Secretary Ryan McCarthy signed the memo Tuesday authorizing the activation of the DC National Guard forces, after the National Park Police made a request for the assistance.

The official strongly emphasized that no Guard forces have yet been sent onto the streets and so far have all stayed inside their barracks. There are currently about 100 troops in the immediate Washington, DC, area. The activation could grow to 400 in total to rotate troops if needed. The Pentagon expects the guard forces to be used as a stopgap measure until the Justice Department can muster additional federal law enforcement personnel to take over the mission, the defense official said. Nonetheless it is expected the guard units will remain in the DC area through July 4th.