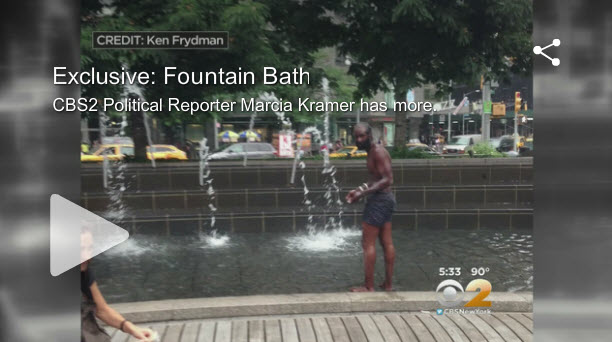 NEW YORK — It was a shocking scene at one of the city’s most visited landmarks.

Pictures were snapped of a homeless man taking a bath in the fountain at Columbus Circle, a popular city landmark that is now the bathtub of a bum.